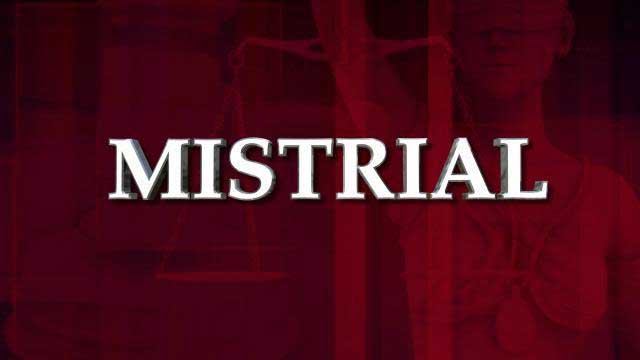 A U.S. District Judge declared a mistrial last Thursday in a retaliation case against a state agency after the jury announced it was unable to agree on a verdict.  A verdict must be unanimous.   In this case, the eight jurors could not come to agreement about the agency’s conduct.  As a result, the case will be presented again to a different jury in the Spring of 2015.

My client, a former prison guard, returned to work after the birth of her third child.   She decided, like many working moms, to express or pump breast milk when possible during her work day.  Here she contended that because she previously made complaints about gender discrimination inside the prison, officials decided to “send her a message” as payback for the discrimination complaints.  Officials knew my client was deeply devoted to her family and saw her need to pump as the perfect target for retaliation.  As I said to the jury during closing arguments, retaliation “is a custom-made suit, tailored to fit the person it was designed for.”  In other words, what might bother you might not bother me.  So retaliatory actions are usually chosen because of their uniquely-painful impact on the specific employee targeted.

Here, my client found herself being forced to pump in utterly barbaric conditions.  While posted in a guard tower – which had a very small space for the guard to move anyway – she had to squat down next to a toilet while pumping to avoid being seen through the tower windows.  On other posts, she was variously forced to pump in a dirty bathroom, a utility closet, a conference room that had a window facing inmate cells, and in her truck in the parking lot.  To prove these efforts were retaliation and not just a fact of life at the prison, I called other female employees there to testify.  Those women pumped milk while on duty, but had never complained of discrimination.  Their experiences?  They told the jury they pumped without any hassles whatsoever, and did so in ideal private, clean locations.  They weren’t even required to track their time pumping away from their posts.   That’s how it should be.   But it wasn’t that way for my client, after she spoke out about unlawful employment practices.  Indeed, a prison official admitted during my cross-examination that even their maximum-security inmates could not be forced to endure this treatment..

The jury of six women and two men deliberated almost 10 hours before announcing that they could not reach a decision. It was clear they had given it tremendous thought, and were simply of different minds about whether or not the prison’s treatment of my client was payback for her discrimination complaints.  I have no doubt the jurors took their deliberations seriously.  Sometimes unanimous agreement just isn’t possible.

The federal judge, after hearing that the jury could not reach agreement, did take one final step in an effort to break the deadlock.  He did so by giving them an additional, special instruction called an “Allen Charge.” The Allen charge dates back to the 1896 case Allen vs. United States.   This unusual instruction is intended as a last-ditch effort to get the jury to agree.   Some lawyers consider Allen charges controversial because the jury may see the instruction as pressure to give up their own view just to reach a verdict.  Allen charges can be a real sore point in criminal cases, since the charge may cause jurors to convict someone just to end the case.  In one criminal case, a jury announced it could not reach a decision after hours of deliberations.  The judge then gave an Allen charge and just 17 minutes later the jury returned a “guilty” verdict.

I admire the jurors in this case.  It was clear to me every one of them took their duties seriously, and I have the greatest respect that each held firm in their own belief.

(For those who may be interested, the Allen Charge in our federal circuit reads as follows.  Would you feel pressure to change your mind, if the judge called you back in and said the following?):

“Members of the jury: I’m going to ask you to continue your deliberations to reach a verdict. Please consider the following comments.  This is an important case. The trial has been expensive in terms of time, effort, money, and emotional strain to both the plaintiff and the defendant. If you fail to agree on a verdict, the case remains open and may have to be tried again. A second trial would be costly to both sides, and there’s no reason to believe either side can try it again better or more exhaustively than they have tried it before you. Any future jury would be selected in the same manner and from the same source as you. There’s no reason to believe that the case could ever be submitted to a jury of people more conscientious, more impartial, or more competent to decide it – or that either side could produce more or clearer evidence. It’s your duty to consult with one another and to deliberate with a view to reaching an agreement – if you can do it without violating your individual judgment. You must not give up your honest beliefs about the evidence’s weight or effect solely because of other jurors’ opinions or just to return a verdict. You must each decide the case for yourself – but only after you consider the evidence with your fellow jurors. You shouldn’t hesitate to reexamine your own views and change your opinion if you become convinced it’s wrong. To bring your minds to a unanimous result, you must openly and frankly examine the questions submitted to you with proper regard for the opinions of others and with a willingness to reexamine your own views. If a substantial majority of you is for a verdict for one party, each of you who holds a different position ought to consider whether your position is reasonable. It may not be reasonable since it makes so little impression on the minds of your fellow jurors – who bear the same responsibility, serve under the same oath, and have heard the same evidence. You may conduct your deliberations as you choose, but I suggest that you now carefully reexamine and reconsider all the evidence in light of the court’s instructions on the law. You may take all the time that you need. I remind you that in your deliberations, you are to consider the court’s instructions as a whole. You shouldn’t single out any part of any instructions including this one, and ignore others.  You may now return to the jury room and continue your deliberations.”

Like Loading...
‹ Fired Just Before Vesting In Your Employer’s Retirement Plan?
Firm Clients Win Verdicts in Different Cities Within Hours of Each Other ›