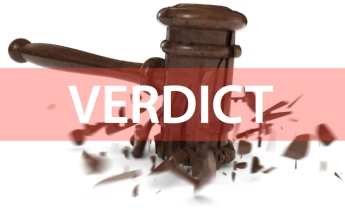 A Florida jury tonight ruled in favor of two prison officials who alleged that, after becoming whistleblowers, the Florida Department of Corrections (DOC) retaliated against them by smearing their reputations and preparing a bogus report that led to their firings in 2012. The jury awarded the former assistant warden $135,795.16, and $205,013.38 to the warden. Under Florida law, public employees who suffer retaliation are limited to recovering their actual lost wages and benefits and, if fired, to being reinstated in their old jobs. Public whistleblowers cannot recover emotional-distress damages or punitive damages. Following this verdict both will be put back to work.

Marie Mattox in our firm handled the case for the warden and assistant warden. The agency was defended by a Tallahassee law firm that represents employers.

The warden and assistant warden reported HIPAA violations – in other words, the improper disclosure of confidential medical information – and other misconduct committed by an investigator from DOC’s Inspector General’s Office. That investigator then used DOC’s investigative procedures to help write a report that accused both our clients of negligence and of knowingly submitting false information. While the investigator was removed from the investigation, our clients alleged that she nonetheless continued to have heavy involvement in it and wrote much of the 124-page final report. That report was relied on by senior DOC management to fire them. But it was riddled with false information, planted there, we contended, to ruin and end our clients’ careers.

Complete Vindication, And a Reminder About In-House Investigators

The case is a potent reminder that all employees should be extremely cautious when dealing with their employer’s own internal investigators during any inquiry. Such investigators are never neutral as long as they are employed by the same entity making the accusations. Often in-house investigators present themselves as purely neutral, but then bully the targets of the investigation, intimidate job-scared witnesses, and order employees to keep quiet, isolating employees and preventing them from comparing notes to keep the investigation honest.

If you are the target of, or a witness in, an investigation in your workplace, consider immediately contacting a lawyer who handles whistleblower and employee-rights cases. Lawyers in this field can advise you on ways to protect yourself against an investigator who may be motivated by something other than finding the truth.

Like Loading...
‹ 5 Secrets For Getting That Pay Raise (From a Top HR Official)
In Florida, Keep Your Workers’ Compensation Claim Open by Seeking Medical Care at Least Once Annually ›