Home › Retaliation › Agency Must Pay $85,000 to Officer Who Refused to Overlook Offenses by Prominent Citizens

Agency Must Pay $85,000 to Officer Who Refused to Overlook Offenses by Prominent Citizens 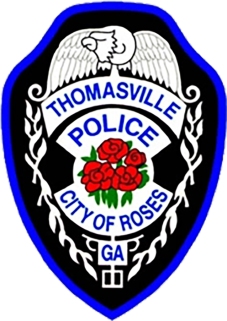 A small-town Georgia police department has agreed to pay $85,000 to an officer that it pressured to ignore traffic offenses by local politicians and doctors. After the officer refused to treat “elite” residents more favorably than ordinary citizens, the agency retaliated by giving him several write-ups for the most ridiculous of reasons. The settlement resolves the officer’s claim under Georgia’s Public Whistleblower Act.

Jim Garrity, an employee rights expert who has sued thousands of employers, represented the officer.

The officer took his job seriously and enforced the law equally.  After he ticketed a prominent local surgeon, however, superiors told him “doctors don’t get tickets” and urged him to nullify the citation.  He refused.  (During the traffic stop, the doctor told him, “I can’t wait for the day you’re on my operating table.”) On another occasion, he stopped a local politician’s wife after seeing that she had an infant in the car without a car seat.  Minutes later, the politician pulled up to the scene, threatened him and called his boss.  On a third occasion, a lieutenant told him not to write a ticket for the lieutenant’s friend.  Again, the officer refused to show favoritism.

Following these incidents, the agency tried to teach him a lesson by writing him up for nearly anything.  By example, after he raced to a scene to assist another officer who was being attacked, he was written up for exceeding the speed limit.  And the agency conducted a surprise inspection of his patrol car and wrote him up because there was a chicken bone under a seat.

The officer sought our help and we took steps to give him whistleblower protection under a law protecting public-sector employees in Georgia.  The officer is pleased that the matter is now behind him.

How Can We Help You?

Do you have questions about your workplace rights?   Our practice is devoted exclusively to representing employees in workplace disputes.  We can help.  Call us now at (800) 663-7999 for a free confidential consultation.  You can also send us a confidential message at Facebook.com/JimGarrityOnline.

Like Loading...
‹ Employer Pays $100,000 for Failing to Explain FMLA Rights to Sick Employee
Smashing Workplace Barriers for Women for 35 Years ›